Perhaps Ontario doesn’t have to worry as much because it sits along Lake Ontario and Lake Erie, but I’m surprised that in other jurisdictions there hasn’t been more discussion related to the water requirements of thermoelectric power plants.

Water scarcity, after all, is considered one of the biggest negative outcomes of climate change, but not many people realize just how much water is required for a nuclear or coal (fossil fuel) power plant. The World Resources Institute estimates that nearly two out of every three gallons of fresh water drawn from the U.S. Southeast Southwest is used to cool power plants. One can draw similar conclusions for other regions. Nuclear plants, of course, are the biggest water hogs. You’ll recall that during the heat waves in Europe a few years back France had to ratched down nuclear output because it didn’t have enough water for cooling. It makes one wonder whether it makes sense to build hundreds of new nuclear plants, each with a life of more than 50 years, if a couple of decades down the road we find them crippled by water shortages.

Think about it: If a massive coal plant or nuclear plant had to pay for the amount of water it consumes, the same way individual homeowners must pay, the power would be prohibitively expense. So emissions aren’t the only thing not currently priced into power generation. Water use is a huge externality, and it’s just one more reason to favour renewables and distributed generation, particularly as part of any climate-change adaptation strategy. 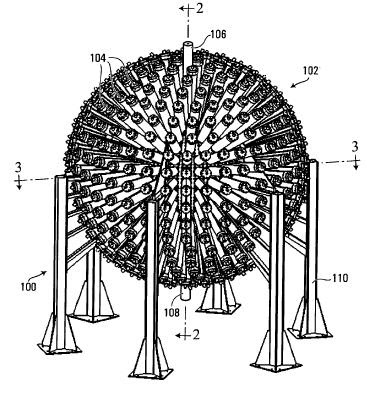 My feature in the Toronto Star today is about General Fusion, a Vancouver-area startup that believes it can build a prototype of a nuclear fusion reactor for $50 million within four years. While the multibillion-dollar ITER and U.S. fusion programs are using costly lasers and electromagnets to achieve “net gain” — that is, creating a fusion reaction that releases more energy than put it — the folks at General Fusion are cleverly pursuing a mechanical approach that uses concentrated sound waves to compress a deuterium-tritium plasma and trigger a fusion reaction. The key, as you’ll see, is the use of precision digital controls that simply didn’t exist back in the 1970s when the idea of magnetized target fusion was first explored.

You can read the article for more details and a deeper explanation of how it works. General Fusion recently secured $13.9 million from Sustainable Development Technology Canada so it can pursue its prototype development, contingent on the company raising another $30 million or so from private investors. SDTC‘s average deal size is around $3 million so the fact it’s giving General Fusion nearly five times that amount speaks to the credibility of what it’s doing. END_OF_DOCUMENT_TOKEN_TO_BE_REPLACED

Sustainable Development Technlogy Canada just completed its 13th funding round, this time putting $53 million into 16 cleantech projects and bringing its total funding to $376 million. As I’ve mentioned in previous posts, SDTC only invests if private consortia come to the table with two-thirds of project funding. In total, 154 project have been funded with $1.3 billion in public-private funds.

Here are, in my opinion, some of the more interesting projects that got funded in this round: END_OF_DOCUMENT_TOKEN_TO_BE_REPLACED

My Clean Break column in today’s Toronto Star takes a close look at Hyperion Power Generation, the New Mexico start-up that believes the future of nuclear power will be built in 25-megawatt chunks. Most of us, when we think of distributed power generation, think of solar and wind and other renewables. Hyperion wants to add nuclear to that list. Based on technology developed at the Los Alamos National Laboratory, the company has developed a nuclear “battery” the size of a garden shed that produces enough power over 5 to 10 years to supply the equivalent of 20,000 homes. At a cost of $30 million, the reactor is ideally suited to oil-sand developments, military bases and other remote outposts, the company says.

It uses uranium hydride as fuel and the design is based on TRIGA reactors used to safely train young nuclear scientists. It’s self-moderating — when the reactor core goes above 550 degrees C the fuel begins to lose hydrogen atoms, which are collected in special storage trays surrounding the core. The loss of hydrogen atoms naturally cools down the reactor to a point where it begins to reabsorb the hydrogen atoms again. This cycle keeps the temperature fairly constant and makes a meltdown virtually impossible. No water cooling is required. END_OF_DOCUMENT_TOKEN_TO_BE_REPLACED

I acknowledge that nuclear power has to play a role in our battle against climate change, with the caveat that we exhaust all other reasonable, low-emission alternatives and maximize efficiency and conservation. The industry will have its hands full just trying to replace the megawatts lost as older plants are decommissioned or refurbished. This leaves open the question, in the current market environment, of how much *new* nuclear is likely to be built over the coming decade. My Clean Break column today looks at how the rising cost of building nuclear plants could affect its competitiveness with other alternatives, even excluding some of the environmental question marks like waste management uncertainty and plant safety. END_OF_DOCUMENT_TOKEN_TO_BE_REPLACED